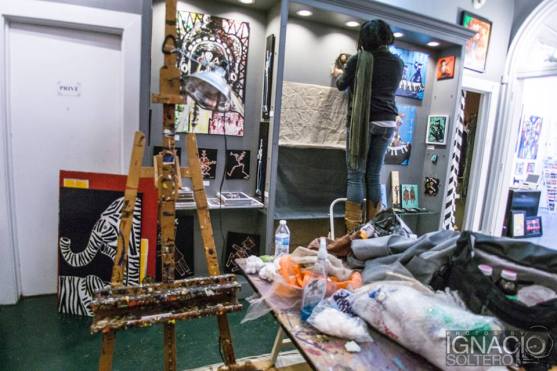 In addition to exploring the lovely French Quarter and boozing it up on Bourbon street, I took part in a group show at Msaniart Gallery located on 823 Royal Street. This was their first time hosting a show featuring outside artists and I was the only one of the six artists chosen that didn’t live in the area. I was initially planning my imaginary trip to Nola and decided to apply to some open calls in New Orleans on craigslist. When I began making some concrete decisions on actually taking the trip, I received a response from the gallery. I was both shocked and excited, the flight was booked about three days later, we had a blast! 🙂